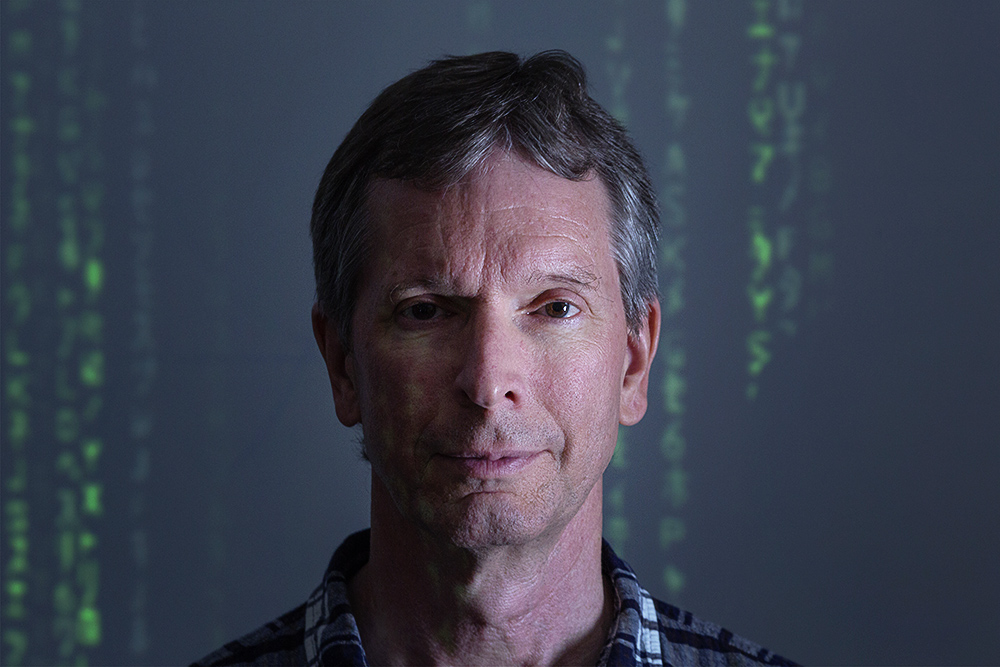 As we go about our daily lives, we tend to assume that our perceptions — sights, sounds, textures, tastes — are an accurate portrayal of the real world. Sure, when we stop and think about it — or when we find ourselves fooled by a perceptual illusion — we realize with a jolt that what we perceive is never the world directly, but rather our brain’s best guess at what that world is like, a kind of internal simulation of an external reality. Still, we bank on the fact that our simulation is a reasonably decent one. If it wasn’t, wouldn’t evolution have weeded us out by now? The true reality might be forever beyond our reach, but surely our senses give us at least an inkling of what it’s really like.

Not so, says Donald D. Hoffman, a professor of cognitive science at the University of California, Irvine. Hoffman has spent the past three decades studying perception, artificial intelligence, evolutionary game theory and the brain, and his conclusion is a dramatic one: The world presented to us by our perceptions is nothing like reality. What’s more, he says, we have evolution itself to thank for this magnificent illusion, as it maximizes evolutionary fitness by driving truth to extinction.

Getting at questions about the nature of reality, and disentangling the observer from the observed, is an endeavor that straddles the boundaries of neuroscience and fundamental physics. On one side you’ll find researchers scratching their chins raw trying to understand how a three-pound lump of gray matter obeying nothing more than the ordinary laws of physics can give rise to first-person conscious experience. This is the aptly named “hard problem.”

On the other side are quantum physicists, marveling at the strange fact that quantum systems don’t seem to be definite objects localized in space until we come along to observe them — whether we are conscious humans or inanimate measuring devices. Experiment after experiment has shown — defying common sense — that if we assume that the particles that make up ordinary objects have an objective, observer-independent existence, we get the wrong answers. The central lesson of quantum physics is clear: There are no public objects sitting out there in some preexisting space. As the physicist John Wheeler put it, “Useful as it is under ordinary circumstances to say that the world exists ‘out there’ independent of us, that view can no longer be upheld.”

So while neuroscientists struggle to understand how there can be such a thing as a first-person reality, quantum physicists have to grapple with the mystery of how there can be anything but a first-person reality. In short, all roads lead back to the observer. And that’s where you can find Hoffman — straddling the boundaries, attempting a mathematical model of the observer, trying to get at the reality behind the illusion. Quanta Magazine caught up with him to find out more. An edited and condensed version of the conversation follows.

QUANTA MAGAZINE: People often use Darwinian evolution as an argument that our perceptions accurately reflect reality. They say, “Obviously we must be latching onto reality in some way because otherwise we would have been wiped out a long time ago. If I think I’m seeing a palm tree but it’s really a tiger, I’m in trouble.”

DONALD HOFFMAN: Right. The classic argument is that those of our ancestors who saw more accurately had a competitive advantage over those who saw less accurately and thus were more likely to pass on their genes that coded for those more accurate perceptions, so after thousands of generations we can be quite confident that we’re the offspring of those who saw accurately, and so we see accurately. That sounds very plausible. But I think it is utterly false. It misunderstands the fundamental fact about evolution, which is that it’s about fitness functions — mathematical functions that describe how well a given strategy achieves the goals of survival and reproduction. The mathematical physicist Chetan Prakash proved a theorem that I devised that says: According to evolution by natural selection, an organism that sees reality as it is will never be more fit than an organism of equal complexity that sees none of reality but is just tuned to fitness. Never.