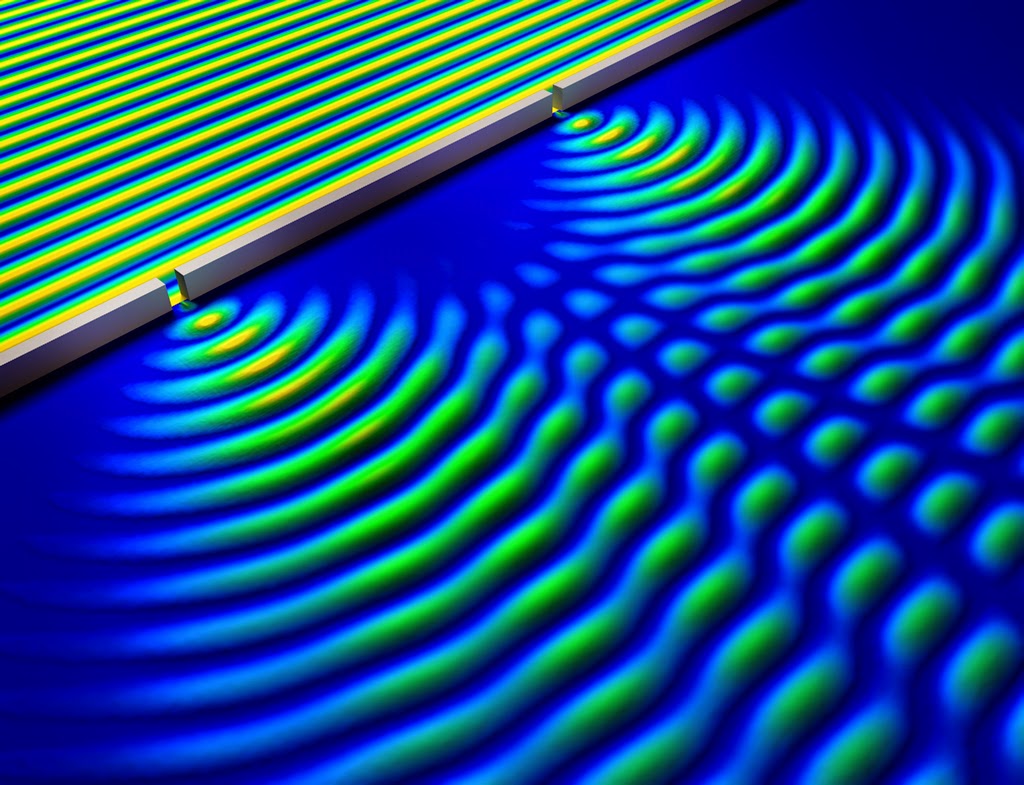 To better understand why Time and Space may be completely different then our current view we must start at particle/wave duality.  For those of you who do not know what particle/wave duality is. It is an observed effect in Quantum Mechanics where sub-atomic particles and atoms behave either as wave-forms or form solid particles under certain conditions.

This was brought to light with the double-slit experiment: http://en.wikipedia.org/wiki/Double-slit_experiment and has baffled some of the greatest minds in Physics ever since.

In 1999 more research proved that larger atoms like Carbon-60 the molecules they form known as buckyballs also show particle/wave duality which means entire atoms AND molecules exist as a wave-function and collapse into a physical particle.
http://physicsworld.com/cws/article/news/1999/oct/15/wave-particle-duality-seen-in-carbon-60-molecules

Most physicists don’t understand why this is; but the answer changes everything we know about reality being a “physical world” as these experiments are proving that physicality only happens under observation and measurement.

It is this paradox in atomic behaviours between the quantum and macro world which is revealing that reality could be something else, it could be digital information.

Physicist Tom Campbell describes the wave-function state as a probability distribution that collapses into solid particles when the “system” renders the information.  He states implicitly that we all exist in a virtual reality.

And he’s not alone.  Other Mathematicians and Physicists are coming to this conclusion such as Brian Whitworth, Nick Bolstrom and many others.  There is even a branch of physics that is gaining a stronger reputation called Digital Physics and new theories about the cosmos called Simulation Theory because mathematically this is far more supported and likely that reality is a digital information system that is rendering; than an actual physical material world.

If this is true, then time and space likely do not exist as we believe.  In a virtual reality, time is simply a refresh rate between frames being rendered by a cosmic computer.

Space is then a mathematical illusion of vector calculations that simulates space only; but the distance between things at the information level can have very little space if any at all.