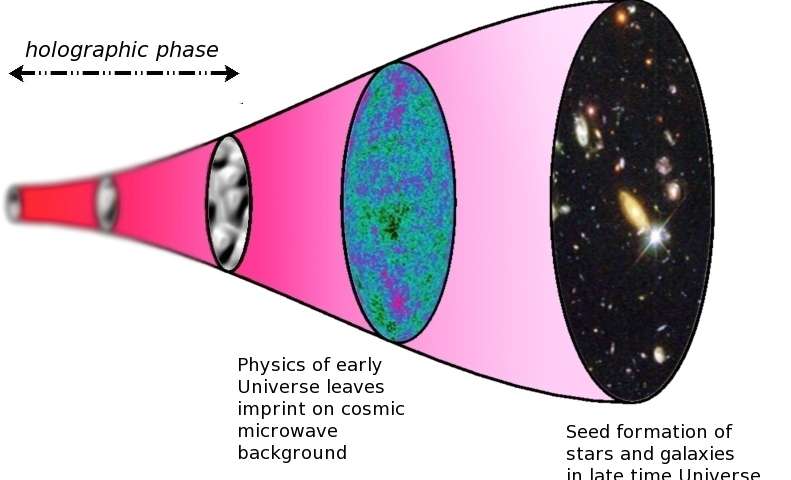 A UK, Canadian and Italian study has provided what researchers believe is the first observational evidence that our universe could be a vast and complex hologram.

A holographic universe, an idea first suggested in the 1990s, is one where all the information that makes up our 3-D ‘reality’ (plus time) is contained in a 2-D surface on its boundaries.

Professor Kostas Skenderis of Mathematical Sciences at the University of Southampton explains: “Imagine that everything you see, feel and hear in three dimensions (and your perception of time) in fact emanates from a flat two-dimensional field. The idea is similar to that of ordinary holograms where a three-dimensional image is encoded in a two-dimensional surface, such as in the hologram on a credit card. However, this time, the entire universe is encoded.”

Although not an example with holographic properties, it could be thought of as rather like watching a 3-D film in a cinema. We see the pictures as having height, width and crucially, depth—when in fact it all originates from a flat 2-D screen. The difference, in our 3-D universe, is that we can touch objects and the ‘projection’ is ‘real’ from our perspective.